Comfort and security of cities of the future

A smart city is no longer a futuristic dream but reality. A harmonious fusion of the digital and physical worlds can significantly improve citizens’ quality of life, increase the efficiency of urban utilities and strengthen the position of cities in the global digital economy, making them attractive to investors and contributing to dynamic growth.

Tomorrow’s technology for a better today

To build a complex, multi-level infrastructure for a smart city, one must consider a variety of factors, mainly those relating to underlying processes and technologies.

First and foremost, the intelligent systems of smart cities owe their dynamic growth to the internet of things (IoT). According to a Kaspersky survey, global IoT usage increased between 2018 and 2019 in almost every sector of the urban economy. More than half (61%) of the organizations polled reported heavy use of the IoT.

The IoT can really help to improve the performance of public services, utilities and community services, healthcare, manufacturing, and many other industries. For example, thanks to built-in smart sensors and water pressure control systems, the city authorities of Houston (US) were able to stop leaks and save about 15% of their water reserves annually.

IoT systems allow administrators to monitor hardware in real time. However, it is difficult to achieve complete transparency as the components of complex, multi-level IoT systems are often based on different platforms — which means they use different architectures and software — and they are extremely inconvenient to administer from a single control center.

This can interfere with timely delivery of updates to devices and fast incident response, reducing the reliability and efficiency of the infrastructure.

33%
of companies faced an IoT device infection in 2019

The importance of IoT cybersecurity

The functioning of critical urban organizations — and with it, human lives — may depend on the security of the internet of things. For example, if someone gains access to subway IoT systems, both the train departure schedule and everyone on board will be at risk: a system failure can lead to serious consequences.

Kaspersky’s global survey demonstrated that the human factor is a frequent cause of cyber incidents. A third of the world’s companies that use the internet of things complained about careless use of IoT technology by employees.

Threats can also originate with digital services and smart hardware vendors. They often neglect to test their products thoroughly for vulnerabilities and don’t pay enough attention to the protection of confidential information.

Smart city cybersecurity is a comprehensive challenge that requires comprehensive measures. Building the information security of traditional IT networks operated by city utilities and authorities, public services, educational institutions and other urban organizations is essentially no different from standard corporate security practice.

Companies and organizations that plan to create smart urban systems using the internet of things — from smart traffic lights to systems that collect meter readings or respond to incidents on power grids — should consider the potential information security risks at the design stage and employ dedicated IoT security solutions from trusted, reputable vendors.

Companies that already use IoT systems in smart cities should conduct regular security audits and promptly update the software on all connected devices to cover known vulnerabilities as quickly as possible.

Kaspersky sees the future of cybersecurity in the use of Cyber Immune devices and solutions based on KasperskyOS technology, which will help to significantly reduce IoT cybersecurity risks in urban environments.

Experts expect to see rapid acceleration in IoT development in cities around the world in the coming years.

Up to $135 billion
will be spent on smart city technologies around the world
by 2022
More than
$3 billion
will be invested globally in IoT cybersecurity in 2021
20 billion
IoT devices in use worldwide in 2020; the number will reach
41.6 billion by 2025

The growth of the internet of things in smart cities will be facilitated by both its objective advantages (the cost-effectiveness and high efficiency of smart systems, minimization of the human factor) as well as external reasons.

One of the main factors for this in the near future will be the rapid proliferation of 5G.

Fifth-generation technology provides huge (over 10 Gbit/s) data rates. It will expand the bandwidth of smart networks and thus increase the amount of information that smart devices will process and exchange. For the internet of things, all this means minimal latency, the ability of almost any 5G-enabled devices to connect to the network and their seamless interoperability. Experts predict that thanks to the introduction of new technology, the annual growth rate of data processing by IoT devices will be 28.7% up to 2025.

What used to sound like science fiction is increasingly becoming reality. Imagine, for example, a multitude of self-driving cars and buses on our city roads — this is something that we will no longer only get to see in a movie!

Use cases for KasperskyOS-based solutions for smart cities

Solutions based on our operating system help make life and work in smart cities safer and more comfortable.
Public utilities

The one component to which all devices in any IoT system connect is a gateway. It is through the gateway that information is sent to a data center and control instructions are sent to actuators. Protecting the gateway can minimize risks to all other components of the IoT including those in public utilities.

Kaspersky IoT Secure Gateway, powered by KasperskyOS, is the key product of the Kaspersky IoT Infrastructure Security solution. It is installed on the edge between IoT infrastructure and external data networks, for example, in the cloud. The gateway blocks attacks on CCTV cameras, motion and door sensors, and other local devices and data links. It also identifies unauthorized connections to the network.

Transparency and convenient centralized management of the entire security system of the IoT infrastructure are provided by Kaspersky Security Center. It enables an administrator to monitor systems status and events from a single point and timely respond to incidents.

Kaspersky with support from the Orenburg region government has built a cloud control room for managing smart digital systems in the city. The foundation of the project is Kaspersky IoT Infrastructure Security, a comprehensive solution for IoT security and management. The new control room can help optimize monitoring of public utilities, reduce maintenance costs and resource consumption and respond more quickly to security incidents. 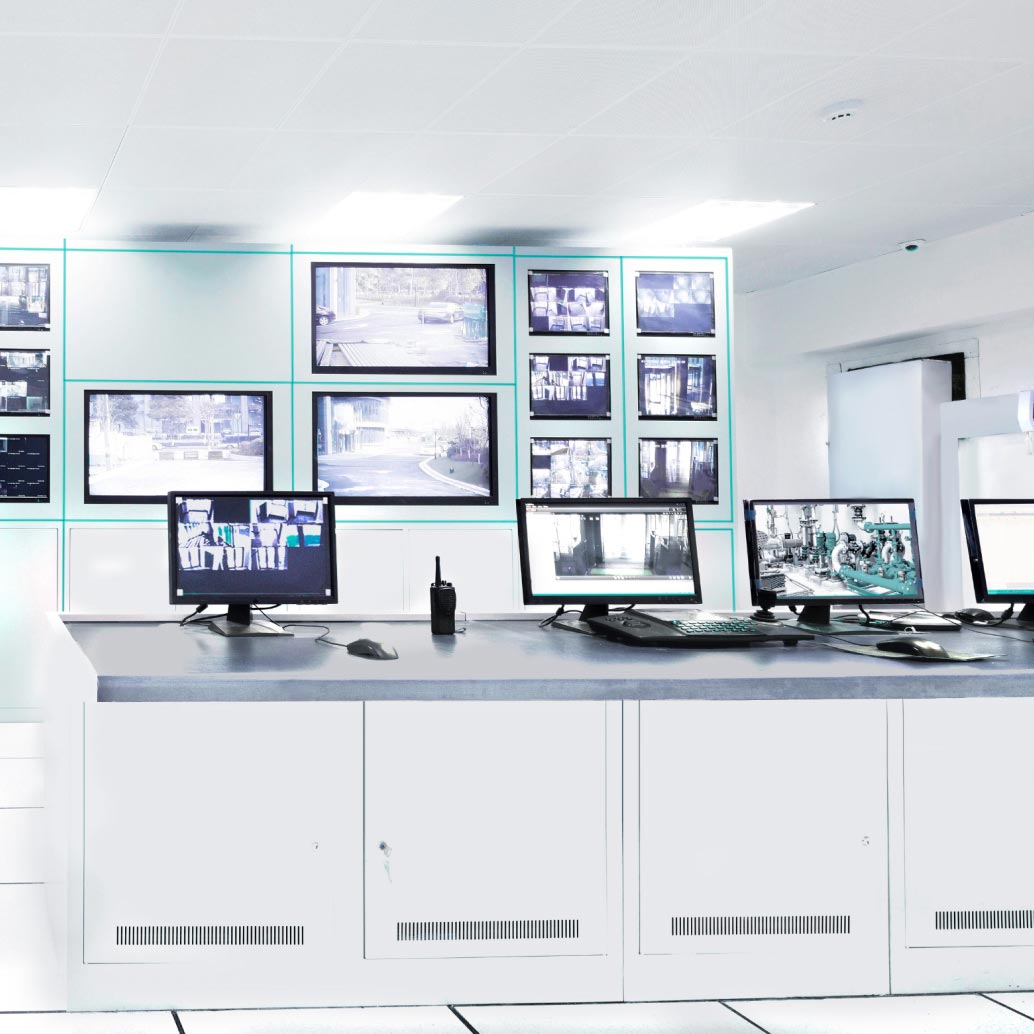 State-of-the-art video surveillance cameras provide multiple ways to connect to wired or wireless data networks. Thanks to their capabilities for recognizing faces, counting people, creating thermal maps, and detecting motion, these smart cameras can also identify the behavior and identity of a person, read vehicle license plates, and much more.
However, security researchers regularly find numerous vulnerabilities in smart cameras. Cybercriminals can exploit these vulnerabilities to spy on the camera owners, manipulate the overall security of networks, or even impact an entire corporate infrastructure.