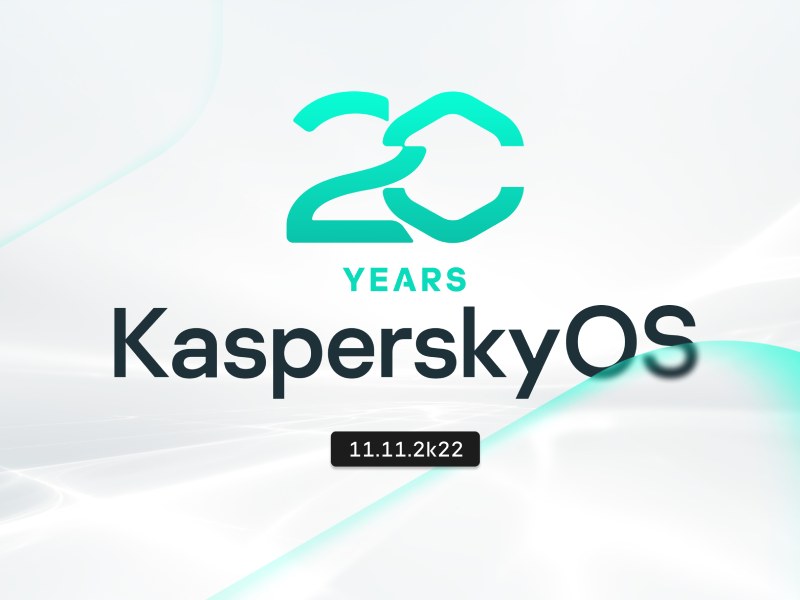 KasperskyOS team has analyzed what’s needed to develop the core components of an operating system from scratch. From 2012 to 2022, product developers wrote 1.3 million lines of code for the key parts of KasperskyOS: the kernel, drivers and basic services, and Kaspersky Security System.

The kernel of KasperskyOS consists of 100,000 lines of code which makes it a microkernel in terms of operating system. For comparison, Linux’s kernel involves 27.8 million lines of code. However, development of KasperskyOS kernel along with drivers and basic services required 1.3 million code lines and 18,000 commits to submit changes in the source code. Almost 13,500 lines more were written on assemblers for different architectures.

Kaspersky Security System ensures that only authorized communications happen among the system components. To create it and its relevant libraries, Kaspersky developers wrote down 126,000 lines of text including approximately 100,000 lines of Haskell code. These changes composed together other 2,067 commits.

The project of KasperskyOS involves many more parts. It is the result of long discussions and iterations, changes of concept and positioning. As a result, developers managed to implement the concept of a secure operating system that has a minimal number of trusted components, security domain isolation (MILS architecture approach) and inspection of inter-process communications. Altogether, they ensure that most types of attacks are not able to affect the system.

The whole project started 20 years ago, on November 11, 2002, when Kaspersky started working on the concept of Security by design — a solution that would allow making security an essential property of an IT system. In 2012, the active development of KasperskyOS begun. Today, KasperskyOS is recognized as the key to enable this Secure by design, or Cyber Immune approach.

The Kaspersky Cyber Immunity® trademark is registered in three regions — Russia, the United Kingdom and the USA. KasperskyOS provides necessary interfaces and tools for Cyber Immune solutions development, including the isolation of security domains and control of the interaction between them. KasperskyOS-based products can cost less in terms of security than similar products based on other special-purpose operating systems of earlier generations.

“We have been travelling through an exciting journey with KasperskyOS. This is not just another operating system but a protected OS where security is its essential, innate feature. While the development took a huge amount of research and programming, we achieved our goal and made the system compact and efficient to meet its primary goal of enabling Cyber Immune IT systems through its current solutions. Kaspersky continues enhancing the operating system to make it applicable to diverse use cases of Industrial IoT, Smart City, remote workplaces”.